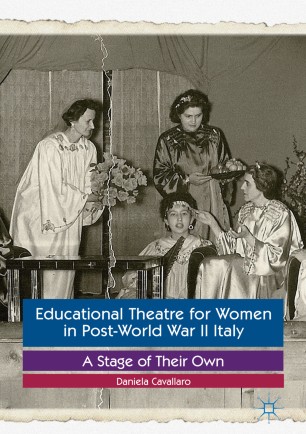 A Stage of Their Own

This book explores an important moment in Italian women’s theatre and cultural history: plays written for all-women casts between 1946 and the mid-1960s, authored for the most part by women and performed exclusively by women. Because they featured only female roles, they concentrated on aspects of specifically women’s experience, be it their spirituality, their future lives as wives and mothers, their present lives as workers or students, or their relationships with friends, sisters and mothers. Most often performed in a Catholic environment, they were meant to both entertain and educate, reflecting the specific issues that both performers and spectators had to confront in the years between the end of the war and the beginning of the economic miracle.

Drawing on material never before researched, Educational Theatre for Women in Post-World War II Italy: A Stage of Their Own recovers the life and works of forgotten women playwrights while also discussing the role models that educational theatre offered to the young Italian women coming of age in the post-war years.