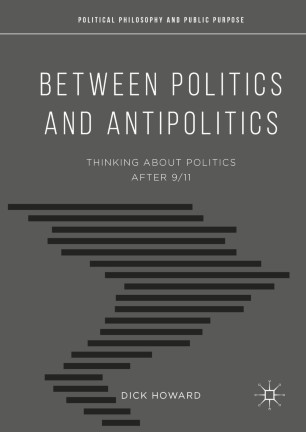 Between Politics and Antipolitics

Thinking About Politics After 9/11

This book traces a dialectic relationship between “politics” and “antipolitics,” the first, as used here, being akin to philosophy as an activity of open inquiry, plural democracy, and truth-finding, and the latter in the realm of ideology, technocracy, and presupposed certainties. It returns back to the emergence of a New Left movement in the 1960s in order to follow the history of this relationship since then. It addresses contemporary debates by looking to the fall of the Berlin Wall and the Soviet Bloc, and asking in the wake of that: what is a revolution? Finally, it draws on these analyses to examine the age of terrorism after the tragedy of September 11, 2001, and resounds with a call to pursue democracy and real politics in the face of new forms of antipolitics.

Dick Howard is Distinguished Professor of Philosophy Emeritus at Stony Brook University, USA, and the author of 14 books in English and French. He has commented regularly on politics in journals and newspapers French, English, and German for the past 50 years, from the civil rights movement in the US through May ’68 in France, to the Fall of the Berlin Wall, and beyond. From 2011-2012, he also provided 15 months of weekly commentary on US elections for Radio Canada.