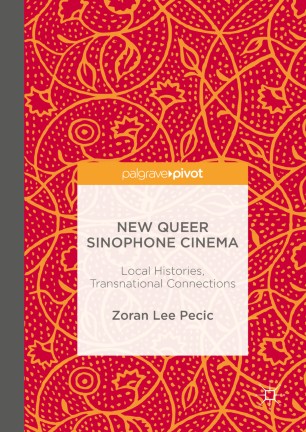 This book looks closely at some of the most significant films within the field of queer Sinophone cinema. Examining queerness in films produced in the PRC, Taiwan and Hong Kong, the book merges the Sinophone with the queer, theorising both concepts as local and global, homebound as well as diasporic. Queerness in this book not only problematises the positioning of non-normative desires within the Sinophone; it also challenges Eurocentric critical perspectives on filmic representation that are tied to the idea of the binary between East/West. New Queer Sinophone Cinema will appeal to scholars in Chinese and film studies, as well as to anyone who is interested in queer Chinese cinema.
Zoran Lee Pecic is an Assistant Professor at the Department of Communication and Arts at Roskilde University, Denmark. He is the author of Queer Narratives of the Caribbean Diaspora: Exploring Tactics (Palgrave Macmillan 2013).