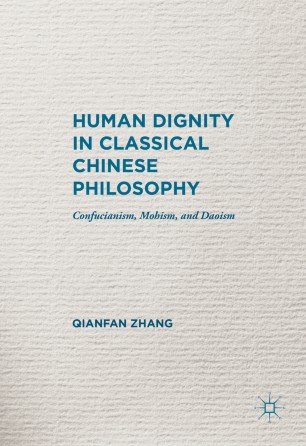 This book reinterprets classical Chinese philosophical tradition along the conceptual line of human dignity. Through extensive textual evidence, it illustrates that classical Confucianism, Mohism, and Daoism contained rich notions of dignity, which laid the foundation for human rights and political liberty in China, even though, historically, liberal democracy failed to grow out of the authoritarian soil in China. The book critically examines the causes that might have prevented the classical schools from developing a liberal tradition, while affirming their positive contributions to the human dignity concept.
Analysing the inadequacies of the western concept of human dignity, the text covers relevant teachings of Kongzi, Mengzi, Xunzi, Mozi, Laozi, and Zhuangzi (in comparison with Rousseau). While the Confucian notions of humanity (Ren), righteousness (Yi), and gentleman (Junzi) bear most directly on the conception of dignity, Mohism and Daoism provide salutary corrections to the ossification of the orthodox Confucian practice (Li).

Qianfan Zhang obtained his PhD in Government from the University of Texas at Austin (1999), and is Professor of Law at Peking University, where he is also Director of the Center for the People’s Congress and Parliamentary Studies and the Senior Deputy Director of the Constitutional and Administrative Law Center. As an influential public intellectual in China, he has authored or edited over 30 books, and published more than 160 articles and 350 commentaries in the areas of constitutional law and political philosophy.

“Human Dignity in Classical Chinese Philosophy is a valuable reading on why dignity is so important for being human.” (Chung-ying Cheng, Professor, University of Hawaii, US)

“Chinese philosophy has often been used to demonstrate that  Western ethical and political ideas like democracy and human rights do not apply to Chinese culture. This book demonstrates in a convincing analysis of notions of human dignity in the major philosophical currents of ancient China that such assertions are far from self-evident and that the Chinese traditions in fact offer resources for a more democratic future. At the same time, it offers a critical survey of modern Western political philosophy and explores the chances for an intercultural consensus on dignity and a global constitutional order. The author, Professor of Law at Peking University, is one of the leading liberal political thinkers of China.” (Heiner Roetz, Professor, Ruhr-Universität Bochum, Germany)