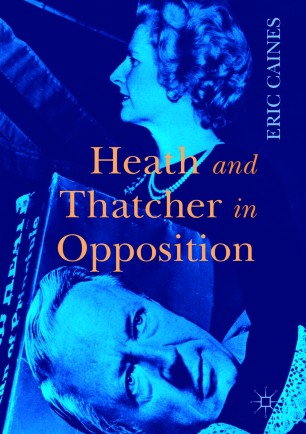 Heath and Thatcher in Opposition

This book traces how Edward Heath and Margaret Thatcher, during their respective years as Conservative Opposition Leaders (1965-70 and 1975-79), managed their Party’s attempts to ensure a return to government, each after two electoral defeats. They did so in the context of an emergent New Conservatism, championed by the likes of Enoch Powell, Keith Joseph and Nigel Lawson, which betokened a long-term change from the post-war Butskellite settlement.

Against a national background of declining economic status, high inflation, debilitating public sector strikes and internal Conservative Party debates, particularly over industrial relations policy and monetarism, they adopted strikingly different approaches to policy-making in Opposition. The book illustrates how, paradoxically, Heath’s technocratic over-prescription failed to save his eventual premiership, while Thatcher’s under-committed policy design failed to impede her leading a purposeful and transformative government i

Eric Caines was a career civil servant who served at senior levels in Whitehall, UK, and at the International Monetary Fund in Washington, DC. He has written prolifically on management matters and is an expert on industrial relations, particularly as they interface with politics.

“The book can perhaps best be seen as a study of the adaptations of British Conservatism during the period seen by many as corresponding to the breakdown of the post-war settlement. … One of the most prominent dimensions of this book is that it places Thatcher back into a context which her long period in office and iron lady image have subsequently obscured.” (Trevor Harris, cercles.com, December, 2017)
Buy options