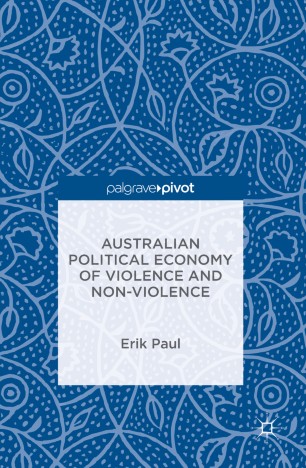 This book is the first to establish the nature and causes of violence as key features in the political economy of Australia as an advanced capitalist society.  Australia’s neoliberal corporate security state in seen to represent the emergence of a post-democratic order, whereby minds and bodies are disciplined to the dominant ideology of market relations.  Locating questions of the democracy and of the country’s economy at the heart of Australia’s political struggle, the author elaborates how violence in Australia is built into a hegemonic order, characterized by the concentration of private power and wealth.  Identifying the commodification of people and nature, the construction and manipulation of antagonisms and enemies, and the politics of fear as features of a new authoritarianism and one-party-political state, Erik Paul explores alternatives to the existing neoliberal hegemonic order.  Positing that democratization requires a clearly defined counter-culture, based on the political economy of social, economic and political equality, the book draws out the potential in non-violent progressive social movements for a new political economy.