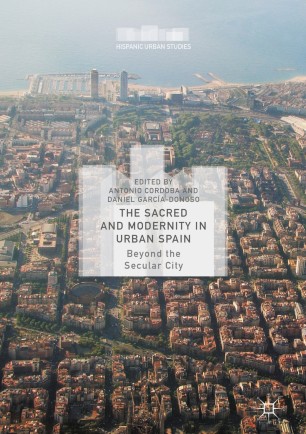 The Sacred and Modernity in Urban Spain

Beyond the Secular City

This book explores how modernity, the urban, and the sacred overlap in fundamental ways in contemporary Spain. Urban spaces have traditionally been seen as the original sites of modernity, history, progress, and a Weberian systematic disenchantment of the world, while the sacred has been linked to the natural, the rural, mythical past origins, and exemption from historical change. This collection problematizes such clear-cut distinctions as overlaps between the modern urban and the sacred in Spanish culture are explored throughout the volume. Placed in the periphery of Europe, Spain has had a complex relationship with the concept of modernity and commonly understood processes of modernization and secularization, thus offering a unique case-study of the interaction between the modern and the sacred in the city.