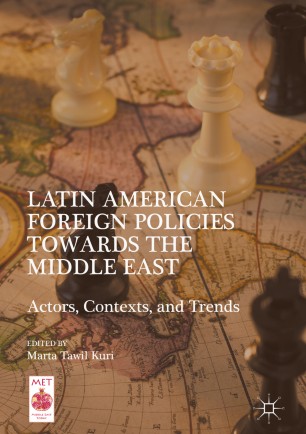 This volume surveys the interplay between state and non-state actors in Latin American foreign policies and attitudes towards the Middle East in the twenty-first century. How will domestic instability and international tensions affect the choices and behavior of Latin American countries towards the Arab world? The chapters here offer insight into this and similar questions, as well as a comparative value in analyzing countries beyond those specifically discussed. Common topics in policy making are considered–namely, Israel and Palestine, Iran, the Gulf countries, and the Arab "Spring”–as authors from distinct disciplines examine the crucial relation between ends and means on the one hand, and foreign policy actions and context on the other.