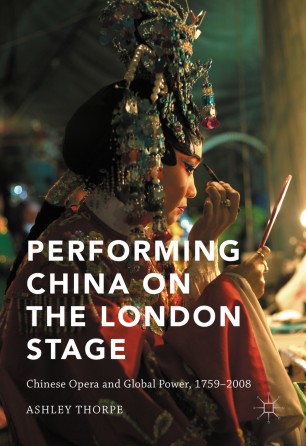 Performing China on the London Stage

This book details the history of Chinese theatre, and British representations of Chinese theatre, on the London stage over a 250-year period.  A wide range of performance case studies – from exhibitions and British Chinese opera inspired theatre, to translations of Chinese plays and visiting troupes  – highlight the evolving nature of Sino-British trade, fashion, migration, the formation of diaspora, and international relations. Collectively, they outline the complex relationship between Britain and China – the rise and fall of the British Empire, and the fall and rise of China – as it was played out on the stages of London across three centuries. Drawing extensively upon archival materials and fieldwork research, the book offers new insights for intercultural British theatre in the 21st century – ‘the Asian century’.