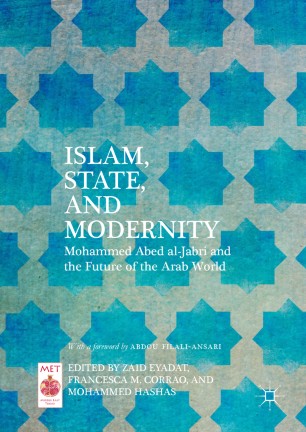 Mohammed Abed al-Jabri and the Future of the Arab World

This book offers the first comprehensive introduction to one of the most significant Arab thinkers of the late 20th century and the early 21st century: the Moroccan philosopher and social theorist Mohammed Abed al-Jabri. With his intellectual and political engagement, al-Jabri has influenced the development of a modern reading of the Islamic tradition in the broad Arab-Islamic world and has been, in recent years, subject to an increasing interest among Muslims and non-Muslim scholars, social activists and lay men. The contributors to this volume read al-Jabri with reference to prominent past Arab-Muslim scholars, such as Ibn Rushd, al-Ghazali, al-Shatibi, and Ibn Khaldun, as well as contemporary Arab philosophers, like Hassan Hanafi, Abdellah Laroui, George Tarabishi, Taha Abderrahmane; they engage with various aspects of his intellectual project, and trace his influence in non-Arab-Islamic lands, like Indonesia, as well. His analysis of Arab thought since the 1970s as a harbinger analysis of the ongoing “Arab Spring uprising” remains relevant for today's political challenges in the region.