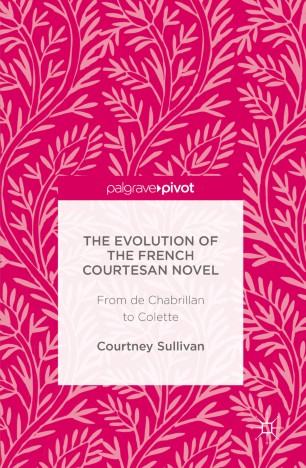 The Evolution of the French Courtesan Novel

From de Chabrillan to Colette

‘Sullivan’s outstanding book is the first to show how French courtesans were fully-fledged masters of the pen as well as proverbial ladies of the night. We learn how their rewriting of classics such as The Lady of the Camellias and their response to a male “backlash” inspire Colette in previously unseen ways.’ — Nicholas White, University of Cambridge, UK

This book is about the autobiographical fictions of nineteenth-century French courtesans. In response to damaging representations of their kind in Zola and Alexandre Dumas' novels, Céleste de Chabrillan, Valtesse de la Bigne, and Liane de Pougy crafted fictions recounting their triumphs as celebrities of the demi-monde and their outcries against the social injustices that pushed them into prostitution. Although their works enjoyed huge success in the second half of the nineteenth century, male writers penned faux-memoirs mocking courtesan novels, and successfully sowed doubt about their authorship in a backlash against the profitable notoriety the novels earned these courtesans. Colette, who did not write from personal experience but rather out of sympathy for the courtesans with whom she socialized, innovated the genre when she wrote three novels exploring the demi-mondaine’s life beyond prostitution and youth.