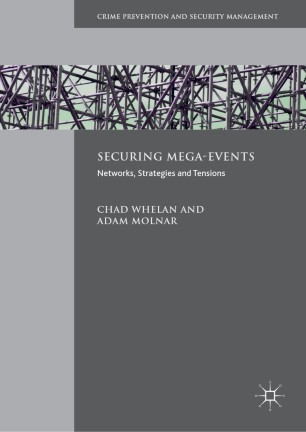 Mega-events such as the Olympic Games, World Cup finals and international political summits are occasions of almost unparalleled economic, political and social significance for host nations and cities. The scale and scope of mega-event security has continued to grow enormously since 11 September 2001, consistently involving the largest policing and security operations for event hosts outside of wartime. This book is the first to focus exclusively on the organisational dynamics underpinning the design and delivery of mega-event security.

Using the G20 Summit in Brisbane, Australia in November 2014 as a case study, in conjunction with comparisons with events such as the Toronto 2010 G20, the authors engage in a comprehensive assessment of the networks, strategies and tensions involved in mega-event security. By drawing on the insightful experiences of those responsible for securing the Brisbane 2014 G20, the authors look behind-the-scenes to capture the complexity of mega-event security. The authors argue that such an approach is essential to better appreciate how different conceptions of security, ways of thinking and acting, impact a range of security ideals and outcomes.