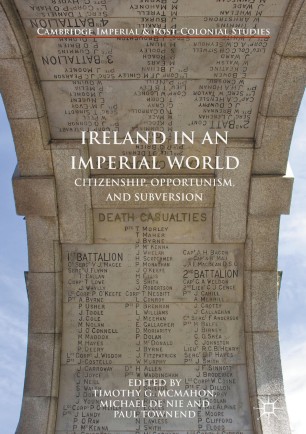 Ireland in an Imperial World

Ireland in an Imperial World interrogates the myriad ways through which Irish men and women experienced, participated in, and challenged empires in the nineteenth and twentieth centuries. Most importantly, they were integral players simultaneously managing and undermining the British Empire, and through their diasporic communities, they built sophisticated arguments that aided challenges to other imperial projects. In emphasizing the interconnections between Ireland and the wider British and Irish worlds, this book argues that a greater appreciation of empire is essential for enriching our understanding of the development of Irish society at home.  Moreover, these thirteen essays argue plainly that Ireland was on the cutting edge of broader global developments, both in configuring and dismantling Europe’s overseas empires.