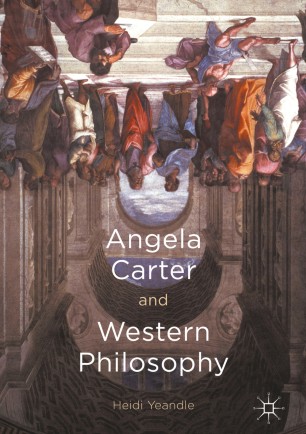 This book unearths Carter’s deconstruction of the male-dominated discipline of Western thought. Revealing the extensive philosophical research that underpins Carter’s intertextual work, this book offers new readings of her fiction in relation to a range of philosophical texts and ideas. By re-examining Carter’s writing with reference to the archived collection of her notes that has recently become available at the British Library, Angela Carter and Western Philosophy puts forward new interpretations of Carter’s writing practices. With chapters examining her allusions to Plato, Hobbes and Rousseau, Descartes, Locke and Hume, Wittgenstein and Ryle, as well as Kant and Sade, this book illuminates Carter’s engagement with different areas of Western thought, and discusses how this shapes her portrayal of reality, identity, civilisation, and morality. Angela Carter and Western Philosophy will be of interest to researchers, lecturers, and students working on contemporary women’s writing, philosophy and literature, and intertextual literary practices.