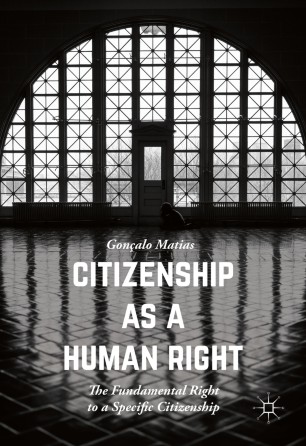 Citizenship as a Human Right

The Fundamental Right to a Specific Citizenship

This book examines a stringent problem of current migration societies—whether or not to extend citizenship to resident migrants. Undocumented migration has been an active issue for many decades in the USA, and became a central concern in Europe following the Mediterranean migrant crisis.

In this innovative study based on the basic principles of transnational citizenship law and the naturalization pattern around the world, Matias purports that it is possible to determine that no citizen in waiting should be permanently excluded from citizenship. Such a proposition not only imposes a positive duty overriding an important dimension of sovereignty but it also gives rise to a discussion about undocumented migration. With its transnational law focus, and cases from public international law courts, European courts and national courts, Citizenship as a Human Right: The Fundamental Right to a Specific Citizenship may be applied to virtually anywhere in the world.