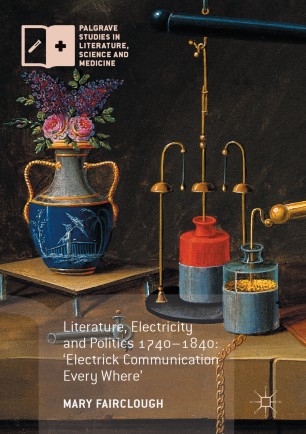 ‘Electrick Communication Every Where’

This book investigates the science of electricity in the long eighteenth century and its textual life in literary and political writings. Electricity was celebrated as a symbol of enlightened progress, but its operation and its utility were unsettlingly obscure. As a result, debates about the nature of electricity dovetailed with discussions of the relation between body and soul, the nature of sexual attraction, the properties of revolutionary communication and the mysteries of vitality. This study explores the complex textual manifestations of electricity between 1740 and 1840, in which commentators describe it both as a material force and as a purely figurative one. The book analyses attempts by both elite and popular practitioners of electricity to elucidate the mysteries of electricity, and traces the figurative uses of electrical language in the works of writers including Mary Robinson, Edmund Burke, Erasmus Darwin, John Thelwall, Mary Shelley and Richard Carlile.