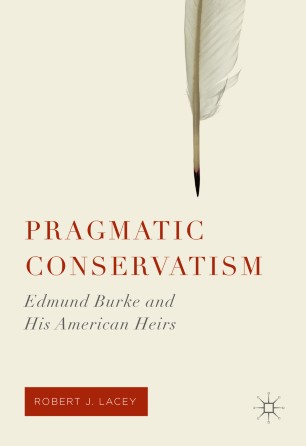 Edmund Burke and His American Heirs

This book is a study of pragmatic conservatism, an underappreciated tradition in modern American political thought, whose origins can be located in the ideas of Edmund Burke. Beginning with an exegesis of Burke's thought, it goes on to show how three twentieth-century thinkers who are not generally recognized as conservatives—Walter Lippmann, Reinhold Niebuhr, and Peter Viereck—carried on the Burkean tradition and adapted it to American democracy. Pragmatic conservatives posit that people, sinful by nature, require guidance from traditions that embody enduring truths wrought by past experience. Yet they also welcome incremental reform driven by established elites, judiciously departing from precedent when necessary. Mindful that truth is never absolute, they eschew ideology and caution against both bold political enterprises and stubborn apologies for the status quo. The book concludes by contrasting this more nuanced brand of conservatism with the radical version that emerged in the wake of the post-war Buckley revolution.