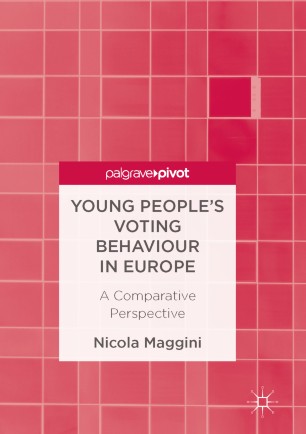 This book uses various concepts of ‘age’ to examine young people’s voting behaviour in six European countries between 1981 and 2000. It addresses questions such as: what are the determinants of voting choices among young people, and to what extent are these factors different from those of adults? Through an innovative approach aimed at studying party choice with a strong empirical orientation, the author argues that age is less important in influencing voting choices than having been young and socialized to politics in a given historical period. Ultimately, values and political factors explain young people’s voting choices more than social identities, which marks a change from previous generations. This book will appeal to students and scholars in comparative politics, electoral behaviour, party politics, and political sociology.

Nicola Maggini is Research Fellow at the University of Florence, Italy, and a member of CISE (Italian Centre for Electoral Studies). He has published on Italian and international scientific journals and co-edited several volumes for the Dossier CISE series. His research focuses on socio-political attitudes and voting behaviour in a comparative perspective.