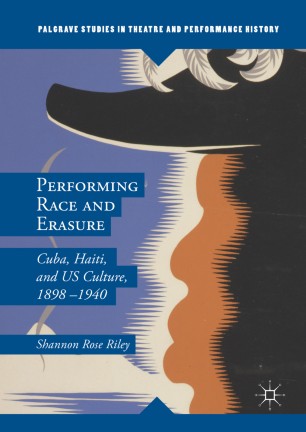 In this book, Shannon Rose Riley provides a critically rich investigation of representations of Cuba and Haiti in US culture in order to analyze their significance not only to the emergence of empire but especially to the reconfiguration of US racial structures along increasingly biracial lines. Based on impressive research and with extensive analysis of various textual and performance forms including a largely unique set of skits, plays, songs, cultural performances and other popular amusements, Riley shows that Cuba and Haiti were particularly meaningful to the ways that people in the US re-imagined themselves as black or white and that racial positions were renegotiated through what she calls acts of palimpsest: marking and unmarking, racing and erasing difference. Riley’s book demands a reassessment of the importance of the occupations of Cuba and Haiti to US culture, challenging conventional understandings of performance, empire, and race at the turn of the twentieth century.