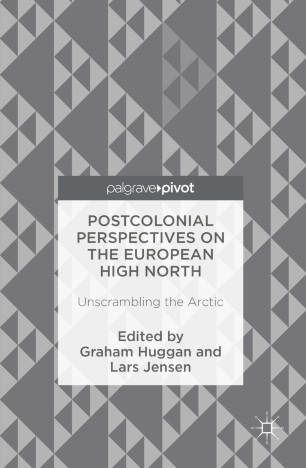 This book approaches the Arctic from a postcolonial perspective, taking into account its historical status as a colonised region and new, economically driven forms of colonialism. One catchphrase currently being used to describe these new colonialisms is "the scramble for the Arctic". This cross-disciplinary study, featuring contributions from an international team of experts in the field, offers a set of broadly postcolonial perspectives on the European Arctic, which is taken here as ranging from Greenland and Iceland in the North Atlantic to the upper regions of Norway and Sweden in the European High North.
While the contributors acknowledge the renewed scramble for resources that characterises the region, it also argues the need to 'unscramble' the Arctic, wresting it away from its persistent status as a fixed object of western control and knowledge. Instead, the book encourages a reassertion of micro-histories of Arctic space and territory that complicate western grand narratives of technological progress, politico-economic development, and ecological 'state change'. It will be of interest to scholars of Arctic Studies across all disciplines.
Graham Huggan is Chair of Commonwealth and Postcolonial Literatures at the University of Leeds, UK, where he directs the EU-funded 'Arctic Encounters' project. His work cuts across three fields: postcolonial studies, environmental humanities, and tourism studies. His most recently published book is Nature's Saviours: Celebrity Conservationists in the Television Age (2013), and he is currently working on another on the cultural politics of whale-watching.
Lars Jensen is an Associate Professor at Cultural Encounters, Roskilde University, Denmark. His main research fields are postcolonial studies and cultural studies, both of which are represented in his latest book, Beyond Britain: Stuart Hall and the Postcolonializing of Anglophone Cultural Studies (2014). He is currently writing a book on postcolonial Europe.