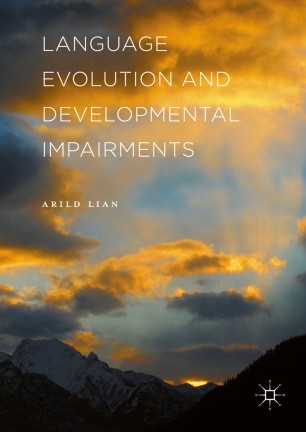 This book gives an account of developmental language impairment from the perspective of language evolution. Components of language acquisition and specific language impairments can be mapped to stages in the evolutionary trajectory of language. Lian argues that the learning of procedural skills by early ancestors has served as pre-adaptation of grammar. The evolutionary perspective gives rise to a re-evaluation of developmental impairment with respect to diagnostic terminology and methods of treatment. Chapters within cover topics such as dyslexia, the cultural mediation of language evolution and the cross-modality of language. Turn-taking in marmoset monkeys is considered as a pre-adaptation to dialogue in humans, and the role of infant-caregiver interactions is discussed. Language Evolution and Developmental Impairments will be of interest to linguists, psychologists and neurobiologists interested in the intersection of these subjects, as well as scholars of language acquisition and language impairment.
Arild Lian is Professor Emeritus at the University of Oslo, Norway. His research has focused on experimental and theoretical cognitive psychology, the relation between recall and recognition of episodic memories, verbal working memory and the relationship between short-term memory span and language acquisition.