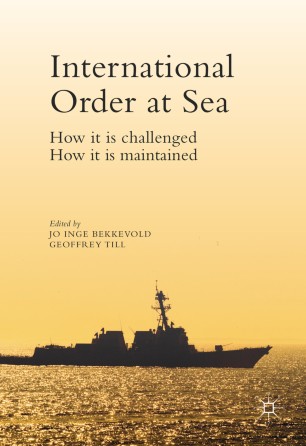 How it is challenged. How it is maintained.

Jo Inge Bekkevold is Head of the Centre for Asian Security Studies at the Norwegian Institute for Defence Studies. With Robert S. Ross, he recently edited China in the Era of Xi Jinping: Domestic and Foreign Policy Challenges, 2016. Bekkevold is a former Norwegian diplomat who served in Hanoi and Beijing.

Geoffrey Till is Professor Emeritus of Maritime Studies and Chairman of Corbett Centre for Maritime Policy Studies at King’s College London, UK. Since 2009 he has also been a Visiting Professor at the Rajaratnam School of International Studies, Singapore. He is the author of Seapower: A Guide for the 21st Century, 2013.