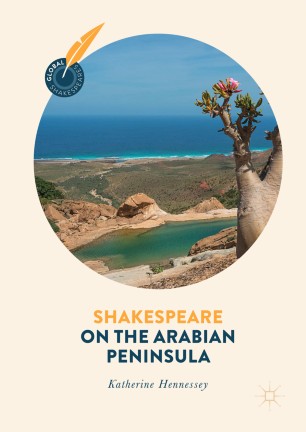 Shakespeare on the Arabian Peninsula

Since the turn of the millennium, the Arabian Peninsula has produced a remarkable series of adaptations of Shakespeare. These include a 2007 production of Much Ado About Nothing, set in Kuwait in 1898; a 2011 performance in Sharjah of Macbeth, set in 9th-century Arabia; a 2013 Yemeni adaptation of The Merchant of Venice, in which the Shylock figure is not Jewish; and Hamlet, Get Out of My Head, a one-man show about an actor’s fraught response to the Danish prince, which has been touring the cities of Saudi Arabia since 2014.
This groundbreaking study surveys the surprising history of Shakespeare on the Arabian Peninsula, situating the current flourishing of Shakespearean performance and adaptation within the region’s complex, cosmopolitan, and rapidly changing socio-political contexts. Through first-hand performance reviews, interviews, and analysis of resources in Arabic and English, this volume brings to light the ways in which local theatremakers, students, and scholars use Shakespeare to address urgent regional issues like authoritarianism, censorship, racial discrimination and gender inequality.