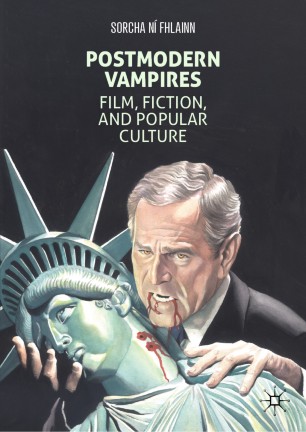 Postmodern Vampires: Film, Fiction, and Popular Culture is the first major study to focus on American cultural history from the vampire’s point of view. Beginning in 1968, Ní Fhlainn argues that vampires move from the margins to the centre of popular culture as representatives of the anxieties and aspirations of their age. Mapping their literary and screen evolution on to the American Presidency, from Richard Nixon to Donald Trump, this essential critical study chronicles the vampire’s blood-ties to distinct socio-political movements and cultural decades in the late twentieth and early twenty-first centuries. Through case studies of key texts, including Interview with the Vampire, The Lost Boys, Blade, Twilight, Let Me In, True Blood and numerous adaptations of Dracula, this book reveals how vampires continue to be exemplary barometers of political and historical change in the American imagination. It is essential reading for scholars and students in Gothic and Horror Studies, Film Studies, and American Studies, and for anyone interested in the articulate undead.

Sorcha Ní Fhlainn is Senior Lecturer in Film Studies and American Studies, and founding member of the Manchester Centre for Gothic Studies, at Manchester Metropolitan University, UK. She has published widely in the fields of Gothic and Horror Studies and Popular Culture, specialising in monsters, subjectivity, and cultural history.