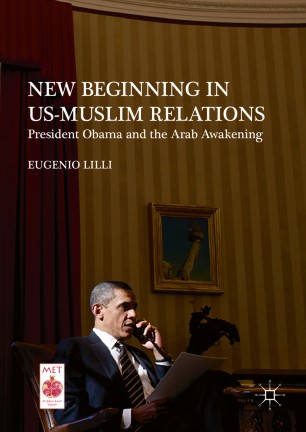 President Obama and the Arab Awakening

This book carries out a comparative study of the US response to popular uprisings in the Middle East as an evaluation of President Barack Obama’s foreign policy commitments. In 2009, Obama publicly pledged “a new beginning in US-Muslim relations,” causing eager expectation of a clear shift in US foreign policy after the election of the 44th president of the United States. However, the achievement of such a shift was made particularly difficult by the existence of multiple, and sometimes conflicting, US interests in the region which influenced the Obama administration’s response to the popular uprisings in five Muslim-majority countries: Egypt, Bahrain, Yemen, Libya, and Syria. After providing a detailed analysis of the traditional features of both US foreign policy rhetoric and practice, this book turns its focus to the Obama administration’s response to the 2011 Arab Awakening to determine whether Obama’s foreign policy has indeed brought about a new beginning in US-Muslim relations.