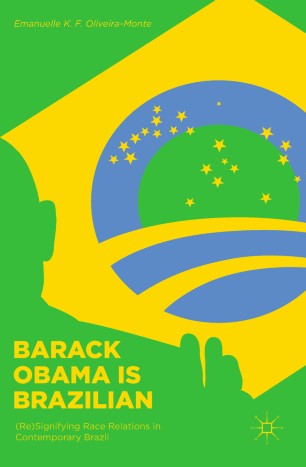 This book examines US President Barack Obama’s characterizations in the Brazilian media, with a specific focus on political cartoons and internet memes. Brazilians celebrate their country as a racial democracy; thus the US works as its nemesis. The rise of a black president to the office of the most prominent country in the global, political, and economic landscape led some analysts to postulate that the US was living in a post-racial era. President Obama’s election also had a tremendous impact on the imaginary of the African Diaspora, and this volume investigates how the election of the first black US president complicates Brazilians’ own racial discourses. By focusing on three events—Barack Obama's election in 2008, his visit to Brazil in March 2011, and the aftermath of the US espionage on the Brazilian government in 2013—Emanuelle Oliveira-Monte analyzes Barack Obama's shifting portrayals that confirm and challenge Brazilian racial conceptions projected upon his figure.