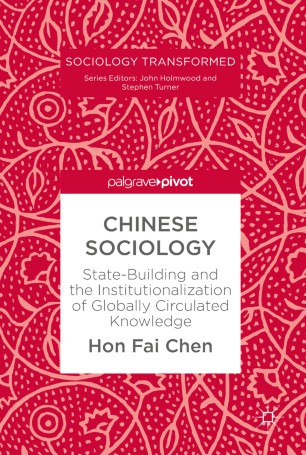 State-Building and the Institutionalization of Globally Circulated Knowledge

This book examines the institutional development of Chinese sociology from the 1890s to the present. It plots the discipline’s twisting path in the Chinese context, from early Western influences; through the institutionalization of the discipline in the 1930s-40s; its problematic relationship with socialism and interruptions under Marxist orthodoxy and the Cultural Revolution; its revival during the 1980s-90s; to the twin trends of globalization and indigenization in current Chinese sociological scholarship. Chen argues that in spite of the state-building agenda and persistent efforts to indigenize the discipline, the Western model remains pervasively influential, due in large part to the influence of American missionaries, foundations and scholars in the formation and transformation of the Chinese sociological tradition. The history of Chinese sociology is shown to be a contingent process in which globally circulated knowledge, above all the American sociological tradition, has been adapted to the changing contexts of China. This engaging work contributes an important country study to the history of sociology and will appeal to scholars of Chinese history and disciplinary historiography, in addition to social scientists.