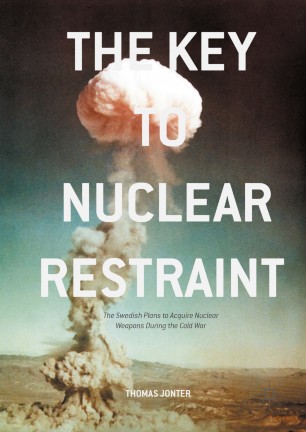 The Key to Nuclear Restraint

The Swedish Plans to Acquire Nuclear Weapons During the Cold War

Why have some nations acquired nuclear weapons while others have refrained from doing so? Most research related to this question has focused on states that have built nuclear weapons, yet little attention has been devoted to countries that have chosen nuclear restraint. This book analyzes Swedish plans to acquire nuclear weapons during the Cold War. Sweden was very close to putting a bomb together in 1960s but, for a number of reasons illuminated in this book, decision makers abandoned those plans and subsequently rose to become one of the most recognized players in the international game of disarmament. Thanks to the recent declassification of essential documentation in Sweden and United States, it is now possible to assemble a comprehensive analysis of the Swedish nuclear weapons program based on primary sources. This book presents that analysis, a unique perspective owing to the fact that nuclear development is a highly secretive activity in most countries – with non-existent or limited access to state archives.