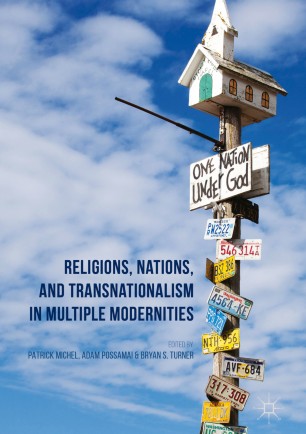 This edited book explores the impact of globalisation on the relationship between religion and politics, religion and nation, religion and nationalism, and the impact that transnationalism has on religious groups. In a post-Westphalian and transnational world, with increased international communication and transportation, a plethora of new religious recompositions religions now take part in a network society that cuts across borders. This collection, through its analysis of historical and contemporary case studies, explores the growth of both national and transnational religious movements and their dealings with the various versions of modernity that they encounter. It considers trends of religious revitalisation and secularisation, and processes of nationalism and transnationalism through the prism of the theory of multiple modernities, acknowledging both its pluralist world view but also the argument that its definition of modernity is often so inclusive as to lose coherence. Providing a cutting edge take on 21st century religion and globalization, this volume is a key read for all scholars of religion, secularisation and transnationalism.