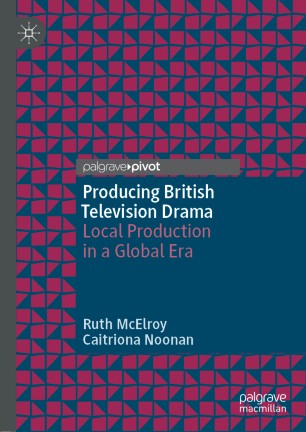 Local Production in a Global Era

This book presents a compelling case for a paradigmatic shift in the analysis of television drama production that recentres questions of power, control and sustainability. Television drama production has become an increasingly lucrative global export business as drama as a form enjoys increased prestige. However, this book argues that the growing emphasis on international markets and global players such as Netflix and Amazon Prime neglects the realities of commissioning and making television drama in specific national and regional contexts. Drawing on extensive empirical research, Producing British Television Drama demonstrates the centrality of public service broadcasters in serving audiences and sustaining the commercial independent sector in a digital age. It attends closely to three elements—the role of place in the production of content; the experiences of those working in the sector; and the interventions from cultural intermediaries in articulating and ascribing value to television drama. With chapters examining the evolution of British TV drama, as well as what might be in store in its future, this book offers invaluable insights into the UK as a major supplier of and market for television drama.