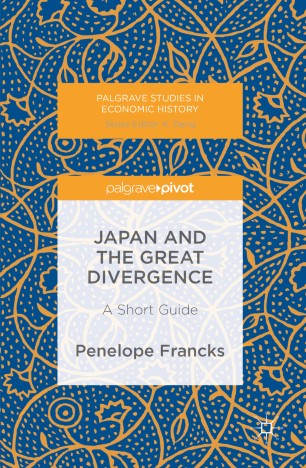 Japan and the Great Divergence

This text offers an accessible guide to the ways in which our growing knowledge of development in early-modern and modernising Japan can throw light on the paths that industrialisation was eventually to take across the globe. It has long been taken as read that the industrial revolution was the product of some form of ‘European superiority’ dating back to at least early-modern times. In The Great Divergence, Kenneth Pomeranz challenged this assumption on the basis of his evidence that parts of eighteenth-century China were as well placed as northern Europe to achieve sustained economic growth, thus igniting what has been called ‘the single most important debate in recent global history’. Japan, as the only non-Western country to experience significant industrialisation before the Second World War, ought to provide crucial – and intriguing – evidence in the debate, but analysis of the Japanese case in such a context has remained limited. This work suggests ways of re-interpreting Japanese economic history in the light of the debate, so arguing that global historians and scholars of Japan have in fact much to say to each other within the comparative framework that the Great Divergence provides.

Penelope Francks is now Honorary Fellow of the University of Leeds, UK, where she was previously Reader in Japanese Studies and taught for many years on the history and economy of Japan and the rest of East Asia. Her research interests lie in Japanese economic history, especially rural development and, more recently, the history of consumption. She has published a range of books and journal articles on these topics.