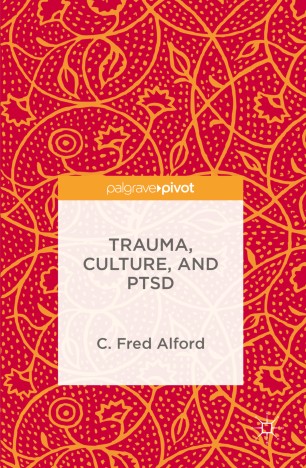 This book examines the social contexts in which trauma is created by those who study it, whether considering the way in which trauma afflicts groups, cultures, and nations, or the way in which trauma is transmitted down the generations.  As Alford argues, ours has been called an age of trauma.  Yet, neither trauma nor post-traumatic stress disorder (PTSD) are scientific concepts.  Trauma has been around forever, even if it was not called that.  PTSD is the creation of a group of Vietnam veterans and psychiatrists, designed to help explain the veterans' suffering.  This does not detract from the value of PTSD, but sets its historical and social context.   The author also confronts the attempt to study trauma scientifically, exploring the use of technologies such as magnetic resonance imagining (MRI).  Alford concludes that the scientific study of trauma often reflects a willed ignorance of traumatic experience.  In the end, trauma is about suffering.