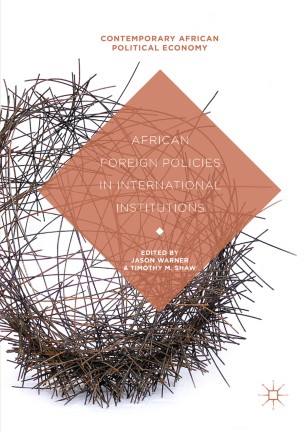 This book is the first to exclusively consider the foreign policy tendencies of African states in international institutions. As an edited volume offering empirically based perspectives from a variety of scholars, this project disabuses the notion that Africa should be considered a "niche" interest in the field of foreign policy analysis. It asserts that the actions of the continent's states collectively serve as an important heuristic by which to interrogate and understand the foreign policies of other global states, and are not simply "anomalously" extant entities whose actions should be studied only insofar as they deviate from predictions based on the experiences of Western or other non-African states.

Jason Warner is Assistant Professor at the U.S. Military Academy, West Point, New York, and an Associate of the Combating Terrorism Center, where he serves as director of the Africa research profile. His research interests include African international relations, international organizations, and security issues in Africa.