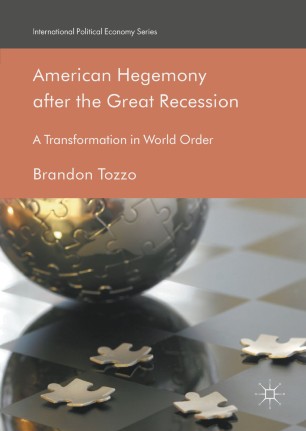 American Hegemony after the Great Recession

A Transformation in World Order

This book traces America's rise as a hegemon of the capitalist system, arguing that the greatest threat to global economic stability is America's polarized and ineffectual political system rather than foreign competition from China and the European Union. The author points to China’s considerable demographic problem, which will likely undermine its economic potential. Furthermore, the sovereign debt crisis in Europe – which has left the continent politically fragmented by an institutional malaise – is evidence of the United States’ continued status as the world’s most successful nation. Tozzo posits that, due to factors such as its initial response to the financial crisis, the near failure of its banking system, the catastrophe of the debt ceiling crisis, and the election of Donald Trump as president, the greatest threat to American hegemony is America itself.