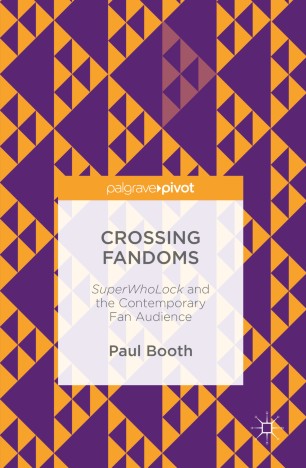 SuperWhoLock and the Contemporary Fan Audience

'Booth's Crossing Fandoms is an original and highly engaging new addition to fan studies scholarship. In analysing the three fan communities that comprise SuperWhoLock fandom Booth offers the reader real insight into what being a fan is all about and the importance of technology, conventions and social media in bringing fans together. Focussing on this fascinating example of a crossover fan community, Booth highlights the continuing affection fans feel and reminds us that 21st century fandom is an industry with financial and cultural clout.' – Lincoln Geraghty, University of Portsmouth, UK
This book examines the fan-created combination of Doctor Who, Sherlock, and Supernatural as a uniquely digital fan experience, and as a metaphor for ongoing scholarship into contemporary fandom.
What do you get when you cross the cult shows Doctor Who, Supernatural, and Sherlock? In this book, Paul Booth explores the fan-created crossover universe known as SuperWhoLock—a universe where Sherlock Holmes and Dean Winchester work together to fight monsters like the Daleks and the Weeping Angels; a world where John Watson is friends with Amy Pond; a space where the unique brands of fandom interact. Booth argues that SuperWhoLock represents more than just those three shows—it is a way of doing fandom. Through interviews with fans and analysis of fan texts, Crossing Fandoms: SuperWhoLock and the Contemporary Fan Audience also demonstrates how fan studies in the digital age can evolve to take into account changing fan activities and texts.