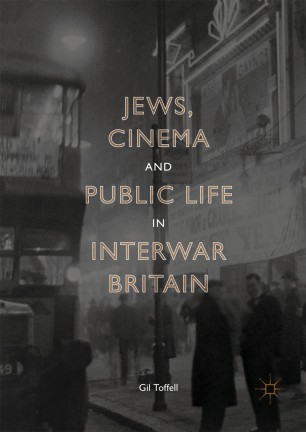 This book investigates a Jewish orientation to film culture in interwar Britain. It explores how pleasure, politics and communal solidarity intermingled in the cinemas of Jewish neighbourhoods, and how film was seen as a vessel through which Jewish communal concerns might be carried to a wider public. Addressing an array of related topics, this volume examines the lived expressive cultures of cinemas in Jewish areas and the ethnically specific films consumed within these sites; the reception of film stars as representations of a Jewish social body; and how an antisemitic canard that understood the cinema as a Jewish monopoly complicated its use as a base for anti-fascist activity. In shedding light on an unexplored aspect of British film reception and exhibition, Toffell provides a unique insight into the making of the modern city by migrant communities. The title will be of use to anyone interested in Britain’s interwar leisure landscape, the Jewish presence in modernity, and a cinema studies sensitised  to the everyday experience of audiences.