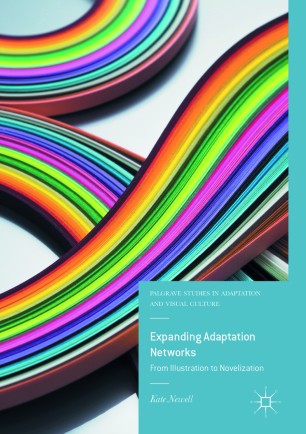 From Illustration to Novelization

‘Sophisticated, lucid and expansive, Kate Newell’s intervention in the field of contemporary adaptation studies is one of the most important scholarly contributions to the field in recent years. It assimilates key historical positions and weaves them through new and inventive networks of production and reception that go well beyond conventional notions of what adaptation means and well beyond the usual texts and practices where adaptation has traditionally been located.’

-       Timothy Corrigan, Professor of Cinema and Media Studies, University of Pennsylvania, USA, and author of Film and Literature (2011)

‘Readers eager to see adaptation studies move beyond films based on novels, stories, plays, or comic books will welcome Kate Newell’s focus on the “print-based adaptation networks” represented by novelizations, illustrated novels, literary maps, pop-up books, and ekphrastic poetry and prose. Newell’s illuminating accounts of adaptations that involve not so much changes in media as changes in modality offer compelling new ways to think about the relationships between texts and the readers who love them.’

-       Thomas Leitch, Professor of English at the University of Delaware, USA, and most recently the editor of The Oxford Handbook of Adaptation Studies.

This book addresses print-based modes of adaptation that have not conventionally been theorized as adaptations—such as novelization, illustration, literary maps, pop-up books, and ekphrasis. It discusses a broad range of image- and word-based adaptations of popular literary works, among them The Wizard of Oz, Alice in Wonderland, Daisy Miller, The Strange Case of Dr. Jekyll and Mr. Hyde, Moby Dick, and Adventures of Huckleberry Finn. The study reveals that commercial and franchise works and ephemera play a key role in establishing a work’s iconography. Newell argues that the cultural knowledge and memory of a work is constructed through reiterative processes and proposes a network-based model of adaptation to illuminate this. Whereas most adaptation studies prioritize film and television, this book’s focus on print invites new entry points for the study of adaptation.

Kate Newell teaches courses in literature and adaptation at the Savannah College of Art and Design, Georgia.