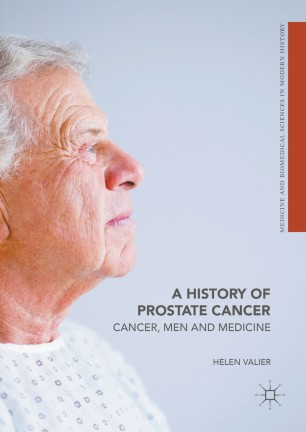 A History of Prostate Cancer

This book offers a comprehensive and inclusive insight into the history of prostate cancer and its sufferers. Until recently, little practical help could be offered for men afflicted with the devastating diseases of the genitourinary organs. This is despite complaints of painful urination from aging men being found in ancient medical manuscripts, despite the anatomical discoveries of the European Renaissance and despite the experimental surgical researches of the eighteen and nineteenth centuries. As diseases of the prostate, including prostate cancer, came to be better understood in the early twentieth century, therapeutic nihilism continued as curative radical surgeries and radiotherapy failed. The therapeutic ‘turn’ came with hormonal therapies, itself a product of the explosive growth of U.S. biomedicine from the 1940s onwards. By the 1990s, prostate cancer screening had become a somewhat ubiquitous but controversial feature of the medical encounter for American men as they aged, which greatly influenced the treatment pathways and identity of the male patient: as victim, as hero, and ultimately, as consumer.

Helen Valier is Director of the Medicine & Society Program at The Honors College, University of Houston, USA. Her teaching and research interests fall broadly within western and colonial/postcolonial medicine and technology from late nineteenth to late twentieth century.