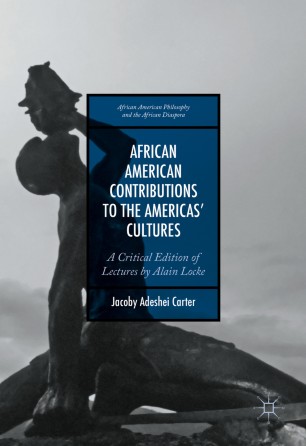 A Critical Edition of Lectures by Alain Locke

This book is a critical edition of six lectures by Alain Leroy Locke, the intellectual progenitor of the Harlem Renaissance. In them, Locke offers an Inter-American philosophical account of important contributions made by Afrodescendant peoples to the art, literature, and culture of various American societies. Locke offers a prescient vision of the intersection of the three Americas: Latin (South) America, the Caribbean, and North America. The book has two main parts: First, are the lectures, which all relate to the themes of black cultural contributions throughout the Americas, minority representation and marginalization in democratic contexts, the ethics of racial representation, the notion of cultural transformation and transparency, and the ethical issues involved in cross-cultural exchanges. The second portion of the book is a critical interpretive essay that elucidates the Inter-American philosophical significance of the lectures and their relevance to current philosophical discussions.