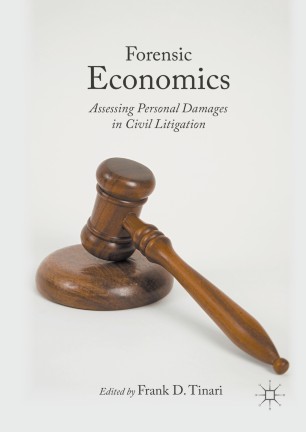 This edited collection addresses the major issues encountered in the calculation of economic damages to individuals in civil litigation. In federal and state courts in the United States, as well as in other nations, when one party sues another, the suing party is required not only to prove that the harm was, indeed, caused by the other party, but also to claim and demonstrate that a specified dollar value represents just compensation for the harm. Forensic economists are often called upon to evaluate, measure, and opine on the degree of economic loss that is alleged to have occurred.
Aimed at both practitioners and theorists, the original articles and essays in the edited collection are written by nationally recognized and widely published forensic experts. Its strength is in showcasing theories, methods, and measurements as they differ in a variety of cases, and in its review of the forensic economics literature developed over the past thirty years. Readers will find informative discussions of topics such as establishing earnings capacity for both adults and infants, worklife probability, personal consumption deductions, taxation as treated in federal and state courts, valuing fringe benefits, discounting theory and practice, the effects of the Affordable Care Act, the valuation of personal services, wrongful discharge, hedonics, effective communication by the expert witness, and ethical issues. The volume also covers surveys of the views of practicing forensic economists, the connection between law and forensic economics, alternatives to litigation in the form of VCF-like schedules, and key differences among nations in measuring economic damages.