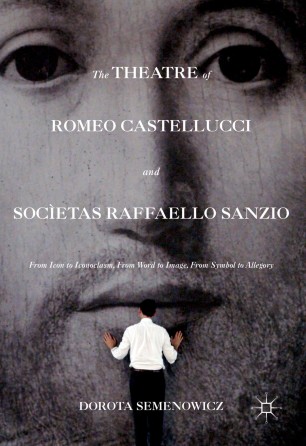 The Theatre of Romeo Castellucci and Socìetas Raffaello Sanzio

From Icon to Iconoclasm, From Word to Image, From Symbol to Allegory

‘Not only is this the most complete account in English of the work of one of the world's leading theatre makers, covering as it does the full range of Castellucci's career, from the early 1980s to the present, and immersed as it is in the remarkable range of philosophies and ideas that have informed that work. It may also, in its forceful, subtle and sustained critical readings of the major productions, and its rigorous attention to how the work on stage itself really 'thinks', be one of the best - in any language.’ - Joe Kelleher, Professor of Theatre and Performance, University of Roehampton, UK

This book focuses on Romeo Castellucci’s theatrical project, exploring the ethical and aesthetic framework determined by his reflection on the nature of the image. But why does a director whose fundamental artistic tool is the image deny this key conceptual notion? Rooted in his conscious distancing from iconoclasm in the 1980s, Castellucci frequently replaces this notion with the words ‘symbol’, ‘form’ and ‘idea’.

As the first publication on the international market which presents Castellucci’s work from both historical and theoretical perspectives, this book systematically confronts the director’s discourse with other concepts related to his artistic project. Capturing the evolution of his theatre from icon to iconoclasm, word to image and symbol to allegory, the book explores experimental notions of staging alongside an ‘emotional wave’, which serves as an animating principle of Castellucci’s revolutionary theatre.