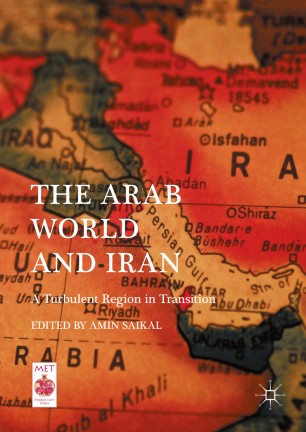 The Arab World and Iran

A Turbulent Region in Transition

This volume focuses on interpreting the changing domestic and regional dynamics in the Arab world and Iran. Its chapters discuss an array of countries, events, actors, and issues - from an examination of the Arab Spring and the Tunisian democratic transition, to an exploration of the role of Saudi-Iranian geostrategic rivalry, to the impact of ethnic and sectarian politics in Syria, Iraq, and across the region. Chapters from expert contributors are organized into three parts. The first section of the volume covers the aspects and dynamics of change in the Arab world. The second examines the role of Islam, Islamism, Islamic governance, and sectarian and ethnic politics in the region. The third section focuses on Iranian domestic and regional politics. Yet the theme of transition is constant throughout as this multidisciplinary book draws connections across countries and events to not only inform about the prevailing regional situation, but also to invite readers to draw their own conclusions as to the future of the Middle East. Collectively the volume provides a fresh interpretation of the changing dynamics of the Arab world and Iran, unpacking the complexities of the disputes, conflicts, rivalries, failed goals, and processes of change and development that have made the Muslim Middle East so turbulent, directionless, and perpetually contested by both regional and international actors.