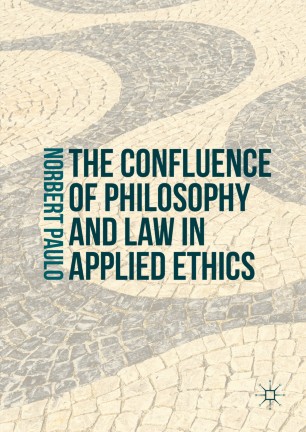 The Confluence of Philosophy and Law in Applied Ethics

The law serves a function that is not often taken seriously enough by ethicists, namely practicability. A consequence of practicability is that law requires elaborated and explicit methodologies that determine how to do things with norms. This consequence forms the core idea behind this book, which employs methods from legal theory to inform and examine debates on methodology in applied ethics, particularly bioethics. It is argued that almost all legal methods have counterparts in applied ethics, which indicates that much can be gained from comparative study of the two.

The author first outlines methods as used in legal theory, focusing on deductive reasoning with statutes as well as analogical reasoning with precedent cases. He then examines three representative kinds of contemporary ethical theories, Beauchamp and Childress’s principlism, Jonsen and Toulmin’s casuistry, and two versions of consequentialism—Singer’s preference utilitarianism and Hooker’s rule-consequentialism—with regards to their methods. These examinations lead to the Morisprudence Model for methods in applied ethics.