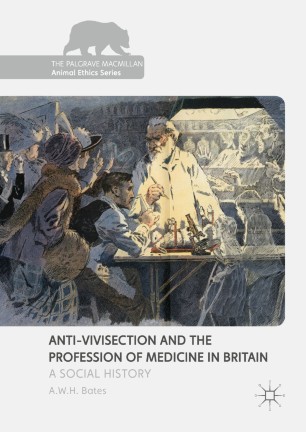 Anti-Vivisection and the Profession of Medicine in Britain

This book is open access under a CC BY 4.0 license.
This book explores the social history of the anti-vivisection movement in Britain from its nineteenth-century beginnings until the 1960s. It discusses the ethical principles that inspired the movement and the socio-political background that explains its rise and fall. Opposition to vivisection began when medical practitioners complained it was contrary to the compassionate ethos of their profession. Christian anti-cruelty organizations took up the cause out of concern that callousness among the professional classes would have a demoralizing effect on the rest of society. As the nineteenth century drew to a close, the influence of transcendentalism, Eastern religions and the spiritual revival led new age social reformers to champion a more holistic approach to science, and dismiss reliance on vivisection as a materialistic oversimplification. In response, scientists claimed it was necessary to remain objective and unemotional in order to perform the experiments necessary for medical progress.

A.W.H. Bates is a Coroner’s Pathologist, Honorary Senior Lecturer at University College London, and Fellow of the Oxford Centre for Animal Ethics, UK. His other books include Emblematic Monsters (2005) and The Anatomy of Robert Knox (2010).