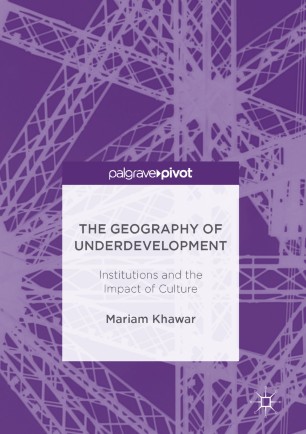 The Geography of Underdevelopment

Institutions and the Impact of Culture

This book examines why the differences in comparative economic development across the world have a geographical pattern. It argues that there is a missing component in the geography versus institutions debate, namely the role of culture and its impact either directly on development or indirectly through the establishment of institutions. The impact of geographical features such as climate and natural resources is studied both across countries and within political boundaries and is supplemented by the work of social scientists in other disciplines on culture and cultural evolution. By examining the direct effects of geography on standards of living as well as its indirect effects via culture and institutions, a case is made to tie all three factors into a cohesive explanation for underdevelopment. This book will appeal to readers interested in wider perspectives on under-development that go beyond explanations resting on standard neo-classical economic theory.