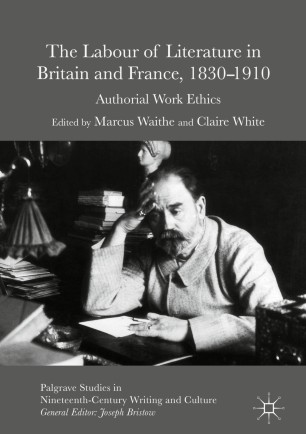 This volume examines the anxieties that caused many nineteenth-century writers to insist on literature as a laboured and labouring enterprise. Following Isaac D’Israeli’s gloss on Jean de La Bruyère, it asks, in particular, whether writing should be ‘called working’. Whereas previous studies have focused on national literatures in isolation, this volume demonstrates the two-way traffic between British and French conceptions of literary labour. It questions assumed areas of affinity and difference, beginning with the labour politics of the early nineteenth century and their common root in the French Revolution. It also scrutinises the received view of France as a source of a ‘leisure ethic’, and of British writers as either rejecting or self-consciously mimicking French models. Individual essays consider examples of how different writers approached their work, while also evoking a broader notion of ‘work ethics’, understood as a humane practice, whereby values, benefits, and responsibilities, are weighed up.