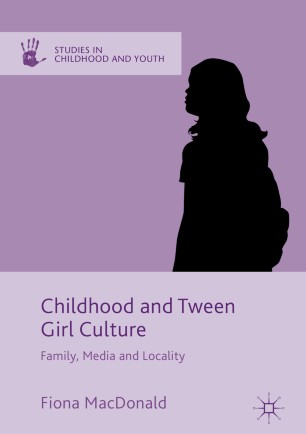 Part of the Studies in Childhood and Youth book series (SCY)

This book explores the ways in which notions of childhood are being influenced by a rapidly expanding consumer-media culture in the 21st Century. It has been argued that new stages of childhood are being created and defined by children’s role as consumers. The concept of ‘tween’, girls aged between 9 and 14, has generated the greatest debate. While the fantasy world of ‘tween’ offers girls a space to fashion a young, feminine identity it has been widely argued that the consumer-media’s messages pressure tween girls to consume and adopt highly sexualised appearances and behaviours.

The author considers how the art of consumption for ‘tween’ girls is intrinsically linked with their desire for independence and belonging, and how their consumption is interwoven with other important social and cultural influences.

The book will be of interest to scholars and students in the fields of Childhood and Youth Studies, Cultural Studies, Feminist and Women’s Studies and Sociology.