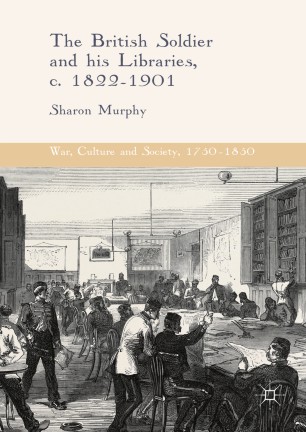 The British Soldier and his Libraries, c. 1822-1901 considers the history of the libraries that the East India Company and Regular Army respectively established for soldiers during the nineteenth century. Drawing upon a wide range of material, including archival sources, official reports, and soldiers’ memoirs and letters, this book explores the motivations of those who were responsible for the setting up and/or operation of the libraries, and examines what they reveal about attitudes to military readers in particular and, more broadly, to working-class readers – and leisure – at this period. Murphy’s study also considers the contents of the libraries, identifying what kinds of works were provided for soldiers and where and how they read them. In so doing, The British Soldier and his Libraries, c. 1822-1901 affords another way of thinking about some of the key debates that mark book history today, and illuminates areas of interest to the general reader as well as to literary critics and military and cultural historians.