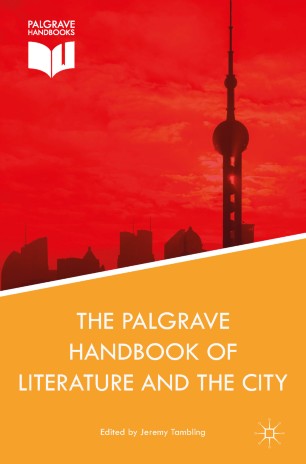 The Palgrave Handbook of Literature and the City

This book is about the impact of literature upon cities world-wide, and cities upon literature. It examines why the city matters so much to contemporary critical theory, and why it has inspired so many forms of writing which have attempted to deal with its challenges to think about it and to represent it. Gathering together 40 contributors who look at different modes of writing and film-making in throughout the world, this handbook asks how the modern city has  engendered so much theoretical consideration, and looks at cities and their literature from China to Peru, from New York to Paris, from London to Kinshasa. It looks at some of the ways in which modern cities – whether capitals, shanty-towns, industrial or ‘rust-belt’ – have forced themselves on people’s ways of thinking and writing.