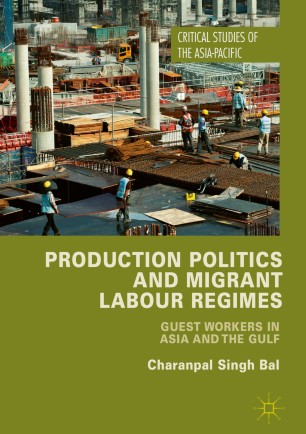 Guest Workers in Asia and the Gulf

This book emphasizes the importance of production politics, or struggles in the workplace between workers and their employers, for understanding migrant labour regimes in Asia and the Gulf. Drawing from a study of Bangladeshi construction workers in Singapore, as well as on comparative material in the region, Bal shows that migrant labour politics are significantly influenced by the specific form of production politics as well as their variable outcomes. In contrast to contentious politics approaches, this book sheds light on the extent to which migrant labour regimes can be contested by workers and civil society groups and explains the recent rise in migrant labour unrest in the region.